Africans and African Diasporans have been living in Sweden since the 1300's. This briefing on that presence is the result of many personal interviews and oral histories I have listened to with people living here since my arrival in 1968. The entire history will probably never be completed or even told, hence my suggested title above. A more detailed history will one day be written. Until then, I am happy to hand these bits and pieces over to the next generation of amateur historians who can develop them in more detail. For these bits I would like to offer a very warm and sincere thanks to: Karl Andreasson, Ronald B. Antoine, Charles Campbell (Denmark), Ylva Eggehorn, Don-Franklin Desesaure, McKinley Ruffin and Lena Sawyer. It is dedicated to the memories of Vernon Boggs, Herbert Gentry and Paula Watson.

Despite its distance from the triangle of the Atlantic slave trade neither Africans nor African Diasporans are strangers to Swedish shores. The nation’s early history of global trading and its only Caribbean colony, St. Bartholomew, contributed huge economic profits to Swedish ship builders, sail makers, exporters of salted beef, iron chains and other hardware that was used by slave-trading nations. The spin-off from the Atlantic slave trade included a continuous, though small, trickle of Africans and diasporans who were in service to, or at the disposal of, wealthy Swedes.

Some were used as house servants in the homes of noblemen and aristocrats, but there are also written accounts of “blue men” serving in Swedish armies, of black women in convents and of black servants in royal palaces. It fact, even though Sweden was officially slave-free, having a black servant-boy or girl around the house was considered a challenge: it was one of the many symbols of one’s ability to “tame the savage”. Hence, written accounts of blacks in Sweden since the 1300s can be found in Swedish family and museum archives, church records and on road-show flyers.

Many of the descriptions of Africans and African Diasporans at that time compared them with monsters, devils or as someone from an uncivilized world.

Sweden’s most famous African Diasporan of them all was a man known as Adolf Badin (also known as Couschi) who was born a slave in the Danish colony Saint Croix in 1747.

Bought for $10 and taken to Europe by a Danish sea captain, he was eventually presented to Sweden’s Queen Lovisa Ulrika as a gift ca. 1757. The Queen who had read Jean-Jaques Rousseau’s book on education, Èmil, wanted to experiment with an upbringing free of society’s inhibitions,

and then convert the person to become ”civilized.”

For years Badin was allowed to roam free around the palace as “natural” as he could be, a privilege that included free access to a playmate his age who would one day be King Gustav III. Eventually the Queen decided it was time to “Europeanise” him. He was tutored in the languages of the Court (French, German and Latin) by Sweden’s pioneers in education, converted to Christianity and given the name Adolf Ludvig Gustav Fredrik Albert Badin.

The success with Badin was proof to the Court and social engineers at the time that even the most noble savage could be educated. Hís ability to learn became a cornerstone in arguments for proving that an education could be also be achieved by the common man, an argument that led to the education for all, not just nobility and Royals. But the handful of Swedish historians and African Diasporans in Sweden and novelists who have written anything about Badin overlook this role he had at the Court, and prefer to identify him by the common name given many African Diasporans in Europe at the time: “Morianen”.

Adolf Badin would rise from being the Holstein-Gottorp’s Court “lakej” to become a titled person in the Courts of King Adolf Fredrik and his Queen Lovisa Ulrika (1751-17), and of their oldest son, who was also his boyhood friend, King Gustav III. He became a member of the Courts Honors Society and was given the title Assessor. Other tasks he performed included accompanying the Queen on diplomatic missions, the Court’s chess player, roving ambassador, weather forecaster and, at its most vulnerable period, its protector. On orders from the Queen on her death-bed, he destroyed sensitive notes she had kept regarding her oldest son Gustav III. Instead of losing his head for this, the King pardoned him with tears in his eyes because of their boyhood upbringing. Badin was the only person who could address the King in the first person (i.e., “you”).

Adolf Badin eventually became the caretaker for three royal palaces, had a library of 800 books, and was married twice to aristocratic ladies but left no living children. He was known to be popular with the Court ladies.

Badin survived during one of the most turbulent eras of Swedish Court intrigue. Upon the death of his patron, the Queen, in 1782, he was handed over to King Gustav III, who was eventually murdered in his own castle in 1792. He also had a presence during the regimes of he next two Swedish monarchs, Gustav IV Adof (1792/1796 -- 1809) and Karl XIII (1809 –1818), though his role in their Courts is unclear.

Special thanks to Mr. Donald Clayborn for information from his research about Badin. 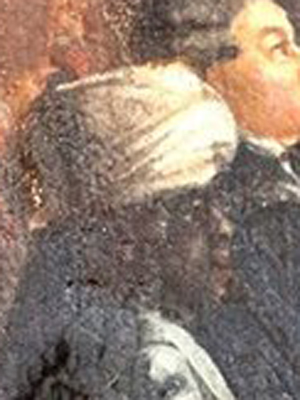 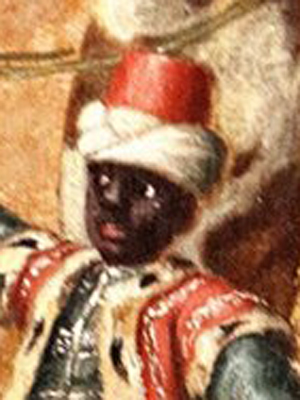 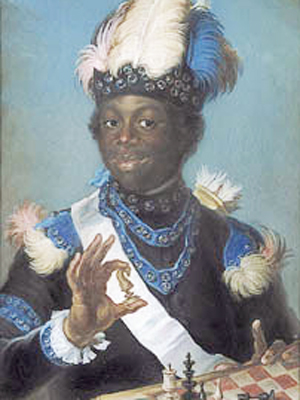 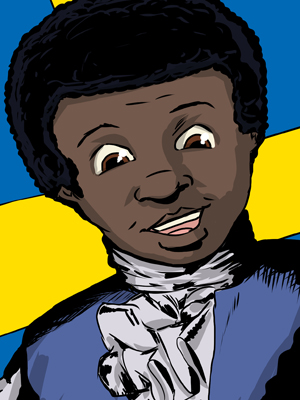 Excerpted from African Diasporans in Sweden: An Unfinished History 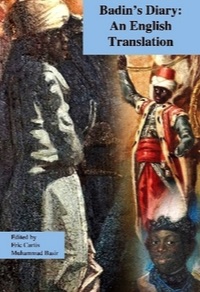